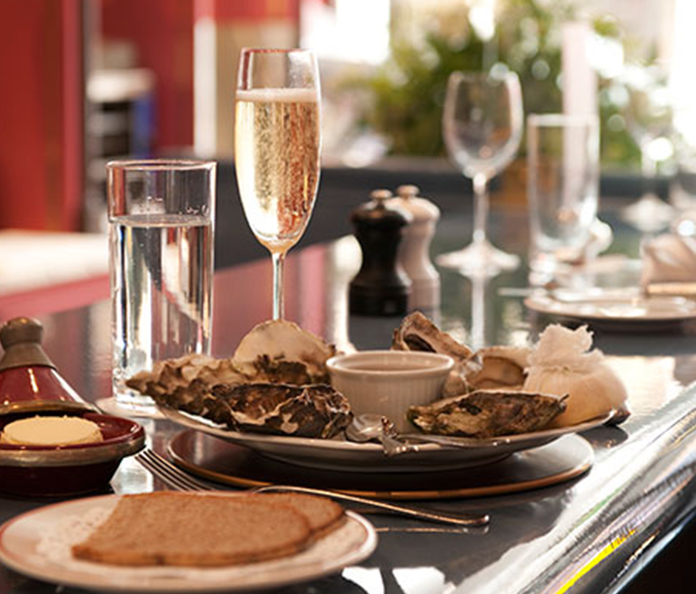 We are delighted to be able to offer Spectator subscribers a free glass of Ayala Brut Majeur NV champagne for themselves and their companions at the fabled Bellamy’s, Bruton Place, London W1, when booking a table there throughout October and November.

Founded in 1860, Ayala is one of the original Grand Marque champagnes and is much sought-after by those in the know. Part of the mighty Bollinger stable since 2005, Ayala is currently at the very top of its game with recent releases drawing unanimous praise from critics and connoisseurs alike.

Bellamy’s – referred to by regulars as a ‘club without a sub’ – is the quintessential discreet Franco-Belgian brasserie in the heart of London’s West End. Described by our High Life correspondent, Taki, as one of the two best restaurants in London and by our drinks editor, Jonathan Ray, as one of London’s finest watering holes, it’s famous for its spectacular seafood and sliced entrecote steaks, its, all-French wine list and its impeccable service.

Just book a table throughout October and November by calling 020 7491 2727 and mentioning ‘Spectator Club’ to claim a free glass of Ayala Brut Majeur NV champagne for you and everyone in your party on arrival.