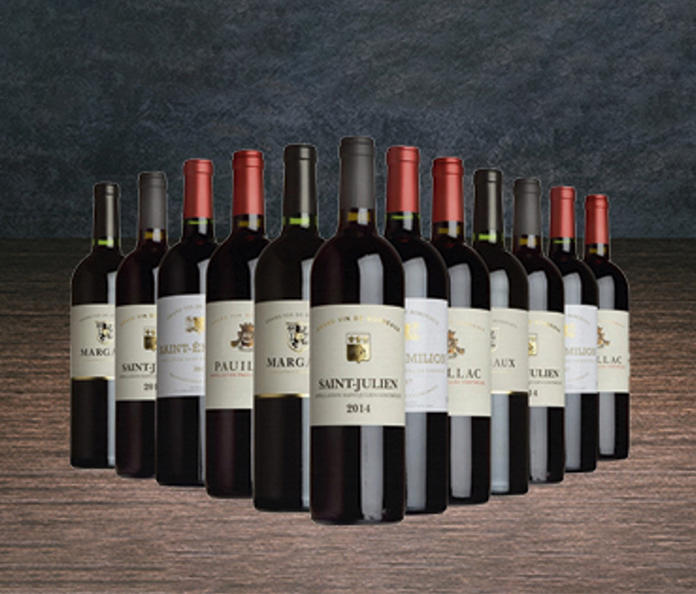 The shifting sands of this blasted coronavirus — or, rather, the shifting sands of the government’s response to it — are driving us all mad. Having been lectured over the summer by Boris and co. on the importance of getting back to work, taking public transport, going to the local and eating out, we’re now told what selfish, virus-spreading twits we are and that we must be in bed by 10 p.m. or else. Folk at one end of our tiny island are told to do one thing and folk at the other end something completely different. It’s utterly bonkers and deeply confusing.

Some things never change, however, and lovers of fine, you’ll-never-guess-where-this-is-from vino will be heartened by our annual offer of so-called ‘defrocked’ clarets courtesy of FromVineyardsDirect. Thank goodness for little pleasures.

These wines are the over-production of some of the finest chateaux in all Bordeaux, and I mean the finest. In some years, some grapes grow more plentifully than others and there is a bit too much Merlot, say, for the blends that make up the estates’ grands vins. These surplus wines — made by the same winemaking teams, in the same cellars, with the same care and attention — used to be sold discreetly to the top restaurants of France until that canny wine-hound Esme Johnstone snuffled them out and starting nabbing them for his customers. I can’t name the chateaux but I can hint.

‘Aha, cute ale snug!’ you might exclaim on spying the elegant chateau — overlooked by the three churches of Saint Emilion — that’s responsible for the 2017 St Emilion (1). We offered this very wine last year to hoots of joy and it’s even better now. It’s still young but, with plenty of juicy Merlot to the fore, it’s made to be enjoyed in its youth and considering the same vintage of the grand vin is currently £3,340 a case, it’s something of a snip. £21.95 down from £22.95.

The 2014 St Julien (2) comes from a chateau famed for the beauty of its pebbles as well as the beauty of its wines. You know, the one with the striking orange label on its bottles. Come on, yes, that’s the one! A mouth-fillingly tasty Cabernet/Merlot blend, it’s full of dark bramble fruit, plums, cherries, tobacco and spice. £22.95 down from £23.95.

The 2017 Margaux (3) is brand new but from the same impeccable source as the 2015 and 2016 incarnations, both of which sold out the minute they were offered. It has the same deliciously scented nose as its predecessors, the same rich, juicy fruit, the same long finish and the same, ha, exact gum aura. It’s young but already deeply rewarding and will keep for ages. £22.95 down from £23.95.

Like a friend in tight embrace, the 2017 Pauillac (4) is a wine to throw one’s arms around and hug close. Again, Merlot is the key to its approachability. The fruit is rich, dark and intense and the nose is classic, classy claret with hints of cedar and tobacco. The same vintage of the chateau’s top wine is yours for £5,760 per dozen if you’re interested, for which price you could buy 262 bottles of this. £21.95 down from £22.95.

Finally, the 2017 Sauternes (5), produced at the most famous of all Sauternes estates and I can’t be more obvious than that. It doesn’t claim the rich, concentrated, oily succulence that the grand vin does but it’s hugely enjoyable nonetheless with a delicate barley sugar sweetness. And it’s made in just the same laborious manner — picked grape by grape after five, six or even seven passes through the vineyard — and must surely cost more to produce than they’re selling it for. £14.95 per 37.5cl down from £15.95.

The mixed case has three bottles each of wines 1-4 and delivery, as ever, is free.