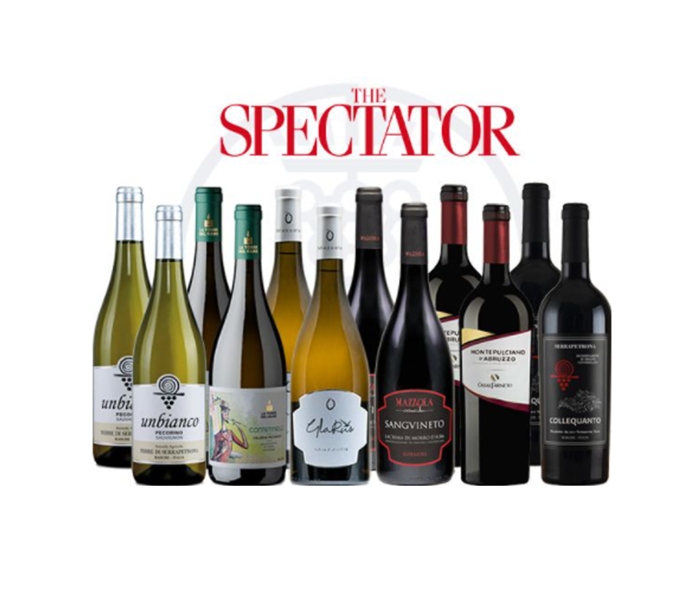 A lip-smacking introduction to the wines of Le Marche

Jonathan Ray from 22 May issue

I haven’t been to Le Marche for yonks. Heck, I haven’t been anywhere for yonks. Who has? My last jaunt abroad was an overnight flit to Paris in February last year. It was huge fun, with the opera followed by such an exhaustive bar crawl that I needn’t have booked a hotel. I only went there to retrieve my bag and have a pee before legging it to the Gare du Nord.

I pine to go away properly and I pine for Italy’s Le Marche especially. Sandwiched between the Apennines and the Adriatic, Le Marche has everything that Tuscany and Umbria have, minus the crowds and the prices (I’m talking pre-Covid of course).

The scenery is dramatic, the food — such as brodetto fish stew and herb and fennel-stuffed porchetta — is superb, and the wines are extraordinarily tasty, made from grape varieties you’re unlikely to encounter anywhere else. If wine’s your thing, you’ll love them. Dip your toe in with this delectable selection exclusive to our chums at Honest Grapes and dream of drinking them on a sun-dappled Marchigiani terrace.

The 2019 Terre di Serrapetrona ‘Un-bianco’(1) from the Graidi family (wine-makers for four generations) is a deliciously uplifting half’n’half blend of Sauvignon Blanc and indigenous Pecorino (yes, yes, clever clogs, the grape not the cheese). Soft, smooth, lemony, spicy, herbal and slightly creamy, it makes a first-class aperitif. £13.80 down from £14.80.

Although the local DOC of Falerio Pecorino permits the modest addition of other grape varieties, the 2019 La Torre del Nano ‘Contetinelli’ (2) sees Pecorino in all its unadulterated glory. Produced from organically farmed vineyards near Offida, an exquisite town celebrated for its three-sided Piazza del Popolo and remarkable 700-year-old brick church, it’s aromatic and inviting on the nose and fresh and lively in the mouth. £14.40 down from £15.40.

The 2018 Mazzola ‘GlaRus’ (3) is a perfect expression of Le Marche’s best-known grape: Verdicchio. Produced just outside the Castelli di Jesi DOCG area, it can’t be labelled as such, even though it’s undoubtedly of higher quality than many wines that can. Soft, smooth, juicy and delicately honey-ed, it finishes with a tantalisingly savoury, almost salty finish. £16.80 down from £17.80.

The 2020 CasalFarneto Montepulciano d’Abruzzo (4) isn’t technically from Le Marche, of course, but from the northern slopes of neighbouring Abruzzo. Casal-Farneto, however, the winery where it’s made, is in Ancona, the capital of Le Marche, so I’m darn well going to include it. Made from 100 per cent Montepulciano (not to be confused with Vino Nobile di Montepulciano from Tuscany, made from Sangiovese), it’s so young that I didn’t expect it to be drinkable. Blow me, though, it’s scrumptious, full of ripe, spicy, concentrated briary fruit with gentle tannins and a long, satisfying finish. £10.90 down from £11.90.

The 2015 Terre di Serrapetrona ‘Collequanto’ (5), by contrast, has a decent bottle age. Made from 100 per cent Vernaccia Nera, a grape variety unique to Le Marche (although it’s possibly related to Grenache/Garnacha), it’s handpicked and aged in vast old oak barrels (botti grandi). Earthy and robust, with deep, dark concentrated fruit, it’s a fine drop. £15.20 down from £16.20.

Finally, the 2016 Mazzola ‘Sangvineto’ Lacrima di Morro d’Alba (6), a wine like nothing I’ve tasted before. Lacrima is an ancient grape rarely, if ever, seen outside Le Marche and its method of production — the so-called Ganimede fermentation process — is similarly obscure. I gave it a Google but it went right over my head. Suffice to say, the result is a gloriously scented wine (all I could think of was clouds of rose petals) with fresh, ripe, concentrated red and dark fruit and the gentlest of tannins. It’s an acquired taste, for sure, but one that I acquired on the spot and with glee. £18.90 down from £19.90.

The mixed dozen has two bottles of each wine and delivery, as ever, is free.