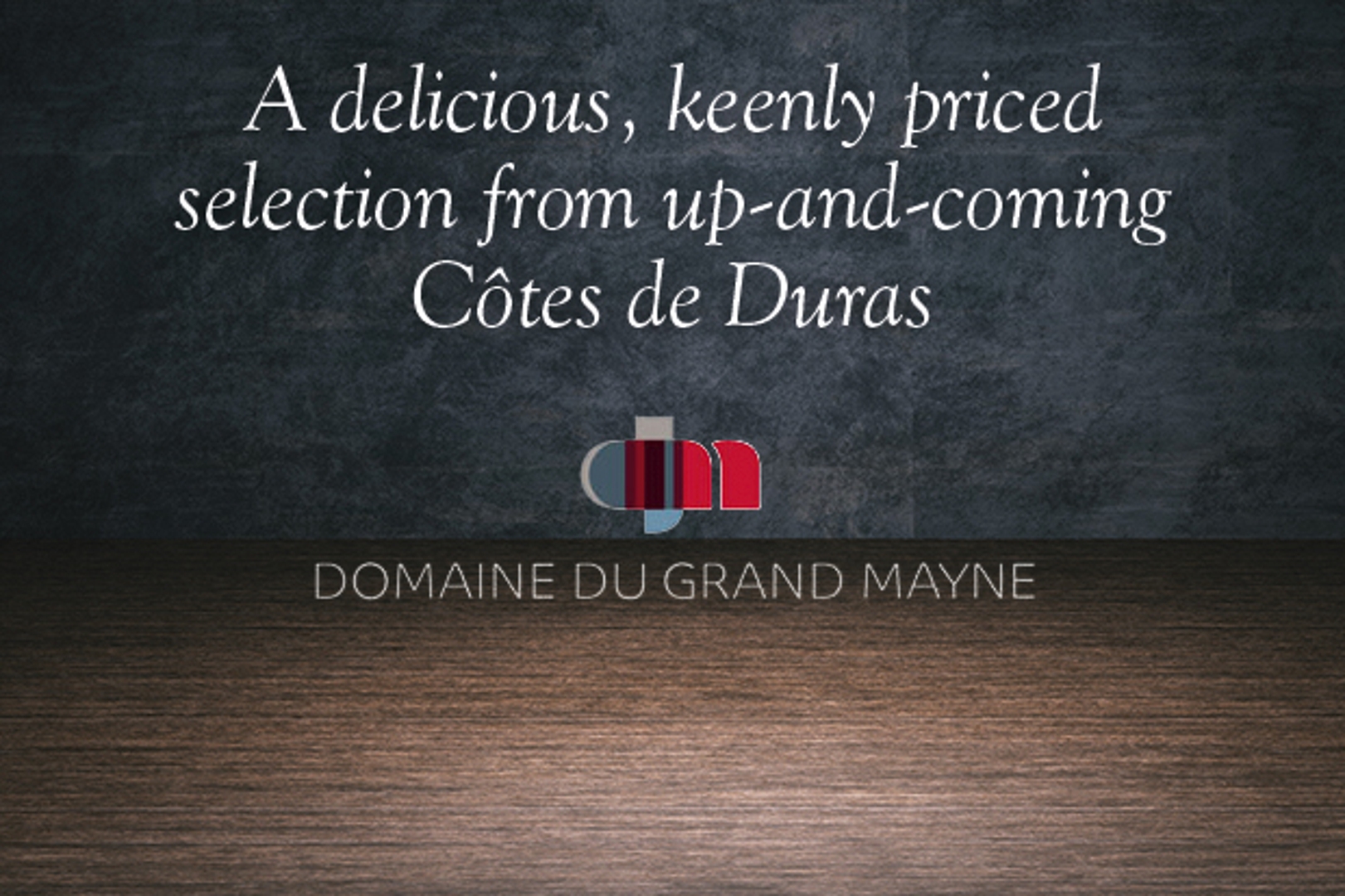 Good grief I miss our Spectator Winemaker Lunches! As you know, these extremely convivial and really rather bibulous events are held — or were held until the dread plague and pestilence fell upon us — in the boardroom at 22 Old Queen Street roughly every fortnight.

A maximum of 14 readers join me and a winemaker of note for a fine cold lunch and the chance to sample some pretty dandy bottles and to hear all about how and where they were made. Your humble correspondent serves as wine waiter and as the vino flows — we rarely dip below a creditable one bottle per head — the conversation increases in volume and ranges far beyond the topic of fermented grape juice.

Our most recent lunch was held in early March — before the grip of lockdown made such things impossible — and, hosted by Philip Addis of Domaine du Grand Mayne, it turned out to be one of the jolliest yet.

Indeed, so enjoyable and so well-priced were the wines that I felt obliged to persuade Philip to offer them here to the wider readership. He kindly agreed and insisted we took advantage of a hearty 25 per cent discount to boot.

Domaine du Grand Mayne is an artisan winery in the Côtes de Duras near Bordeaux, half way between Saint Émilion and Bergerac. What was once an abandoned estate was transformed in the 1980s and the revival has continued with the help of consultant winemaker Martin Meinert (of South African fame) and Philip Addis himself (founder of Great Western Wines). Today, thanks to two rounds of crowd-funding, D du GM is owned by a group of some 900 wine-lovers and has put the wines of south-western France firmly on the map.

The 2019 Domaine du Grand Mayne Sauvignon Blanc (1) is crisp, clean, lively and inviting. Tiny splashes of Sémillon and Sauvignon Gris add an extra layer of character to the citrusy Sauvignon, while cold fermentation and stainless steel maturation ensure a delicious freshness. £7.99 down from £10.65.

The 2017 Domaine du Grand Mayne Reserve Sauvignon/Sémillon (2) has a delectable lemony crispness. Made largely from Sauvignon with just 5 per cent Sémillon for texture, barrel fermentation and seven months in oak has given weight and complexity. £11.21 down from £14.95.

The 2019 Domaine du Grand Mayne Rosé (3), a blend of Cab Sauv, Cab Franc and Merlot, is a charming pale pink and resolutely Provençal in style. Again, it’s wonderfully fresh with plenty of citrus and hints of wild strawberries and spice. £7.99 down from £10.65.

The 2017 Domaine du Grand Mayne Merlot/Cabernet (4) is succulent and generous. With buckets of ripe fleshy plums and damsons, gentle tannins and a long juicy finish, it’s uncomplicated quaffing and none the worse for that. £7.99 down from £10.65.

The 2017 Domaine du Grand Mayne Merlot/Cabernet Reserve (5) is more serious and weighty but still boasts that inherent zip and vibrant ripe fruit. A year in barrel gives it depth and, sloshed into a decanter, it could pass for a twice-the-price cru bourgeois claret. £11.21 down from £14.95.

The 2017 Domaine du Grand Mayne Moelleux (6) is a disarmingly tasty dessert wine. A quirky blend of Sémillon, Sauvignon Blanc, Muscadelle, Chardonnay and Chenin Blanc, it’s delicately rather than richly sweet — lighter than a Sauternes, say — but with scrumptious sugary, apricotty, quince-like flavours and a keen acidity. £11.63 per 50cl down from £15.50.

These dark days can’t last forever and the above wines are perfectly pitched for easy-going drinking or for post-lockdown gatherings. You really should get stuck in. After all, Christmas ain’t far off either.

The prices quoted are per six-bottle box, and there is a minimum order of 12 bottles. The mixed case contains two bottles of each wine and delivery, as ever, is free.