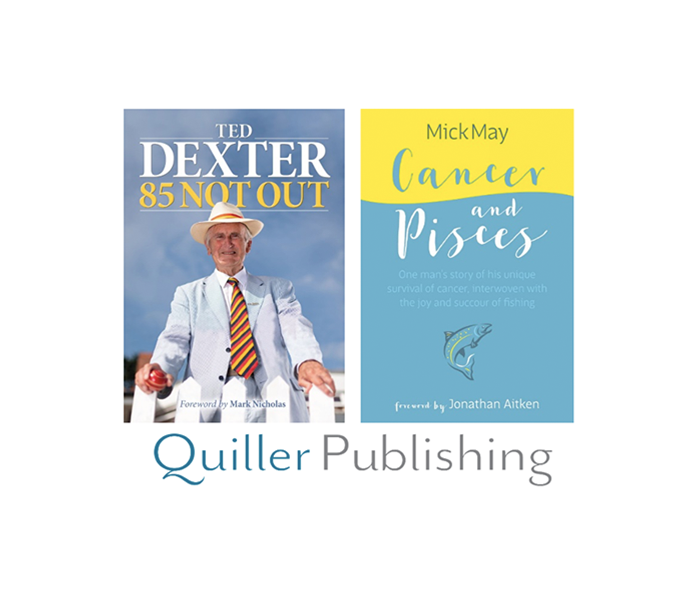 Treat yourself or a loved one with 20 per cent off two popular books from Quiller Publishing: 85 Not Out, the autobiography of former England cricket captain Ted Dexter, and in Cancer & Pisces by Mick May, the inspirational story of one man’s battle against cancer interwoven with his love of fishing.

Additional P&P charges apply. Customers outside the UK and Ireland should contact Quiller Publishing before placing an order: details at www.quillerpublishing.com.

More about the books

Edward Ralph Dexter CBE – known as Ted Dexter and nicknamed as Lord Ted – is a former England International cricketer who captained England in 1961–2 and was appointed president of the MCC in 2001. Dexter achieved nine centuries and 27 fifties in 62 Test matches for his country. Competing alongside and against Fred Trueman, Peter May, Colin Cowdrey, Richie Benaud and Garry Sobers, Dexter ended his Test career with 4,402 runs. His next-best game was golf and he was arguably the leading cricketer-golfer Britain has ever produced. He could have played golf professionally having played with Jack Nicklaus and Gary Player. This is an insight into his life from Test match cricket to retirement – flying planes, owning greyhounds, broadcasting, journalism and running a sports PR company.

In 2013, former City banker Mick May was diagnosed with the fatal asbestos-linked cancer, mesothelioma, which has an average life expectancy of ten months. Seven years later he is flourishing, full of joie de vivre. Mick’s medical journey makes for a fascinating and yet humorous read as he weaves from the pain of his many treatments to the pleasures of his frequent fishing trips to British and exotic international rivers. Threaded into this are snapshots of Mick’s creation of a leading offender rehabilitation charity; his religious faith; his successful legal action against the merchant bank whose offices exposed him to asbestos; his chairmanship of a school ravaged by the 2017 Grenfell Tower fire tragedy; and the happiness of his family life.