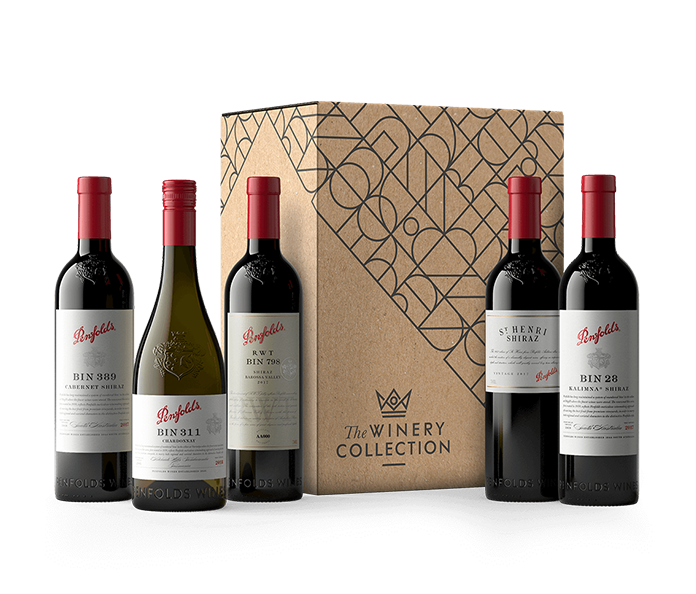 ‘Must Have’ icon wines from Penfolds

We are thrilled, in the run-up to this strangest of Christmases, to offer readers a superb, life-enhancing quartet of wines from Penfolds, Australia’s most celebrated winery.

If you only know Penfolds thanks to its sub-£10 supermarket crowd-pleaser, the Penfolds Koonunga Hill Cabernet Shiraz, then I urge you to think again.

After all, they’ve been making wine at Penfolds since 1844. They boast the oldest continuously producing Cabernet Sauvignon vines in the world and the 1962 Penfolds Bin 60A was the only non-French wine to appear in Decanter Magazine’s top ten Wines to Try Before you Die. We’re talking top-notch here.

The finest achievement of what chief winemaker, Peter Gago, calls ‘the world’s largest and best boutique winery’ is, of course, Grange, one of the great wines of the world. At around £500 a bottle, it’s also one of the priciest. Happily, the devotion, the expertise and the sheer skill of Peter and his team are lavished, too, on a number of other first-rate wines, four of the rarest and most remarkable of which we proudly offer here:

2017 Penfolds Bin 389 Cabernet Shiraz – First made in 1960 by the legendary Max Schubert, Bin 389 – a cannily balanced blend of Cabernet Sauvignon and Shiraz often known as ‘Baby Grange’ – is the wine that really made Penfolds’ name. This current vintage is as fine as ever. 97pts James Halliday; RRP £61.

2016 Penfolds St Henri Shiraz – One of the purest expressions of Australian Shiraz you will find, thanks to the fact that it sees no new oak at all, being aged in old 1,460 litre vats. It has remarkable richness and power, but elegance too and has been a stalwart of the range since 1957. 98pts Andrew Caillard MW; RRP £95.

2017 Penfolds RWT Bin 798 Barossa Valley Shiraz – The initials refer to ‘Red Winemaking Trial’, the in-house term given to the 1995 plan of producing the finest Shiraz in the Barossa. The first vintage was 1997 and this rich, lush, succulent successor has no equal. 98pts James Halliday; RRP £132.

2018 Penfolds Bin 311 Chardonnay – Just to prove that Penfolds isn’t all about big-boned reds, we include this glorious example of cool-climate Chardonnay, drawn from the finest vineyards of Tasmania, Tumbarumba and the Adelaide Hills. Barrel-fermented, it’s weighty yet fresh and nothing if not stylish, restrained and elegant. 97pts Andrew Caillard MW; RRP £32.

These wonderful wines are ready to drink but will last forever if correctly stored, providing pleasure for years to come.

Price: £335 to include ONE bottle each of the above plus FREE delivery*, in-depth tasting notes and access to a pre-recorded interview and discussion of the wines with Penfolds chief winemaker Peter Gago and me.

And as Christmas bonus we will also include a FREE bottle of:

2017 Penfolds Bin 28 Kalimna Shiraz – This mouth-fillingly, richly, robustly flavoured Shiraz blend was first produced in 1959 and has long proved to the doubters how great a multi-region wine can be in the right hands. RRP £32.

If you have any questions you would like Peter to answer during our interview, then email me at jray@spectator.co.uk before Sunday 29 November and I will do my best to put them to him.

*UK Delivery only. Includes standard delivery to England, Central Scotland & Wales, please note that delivery to Ireland, parts of Scotland and Remote Isles will be more.

Please email us at club@spectator.co.uk once you’ve purchased so that we may send you the tasting notes and video via email on 10th December.